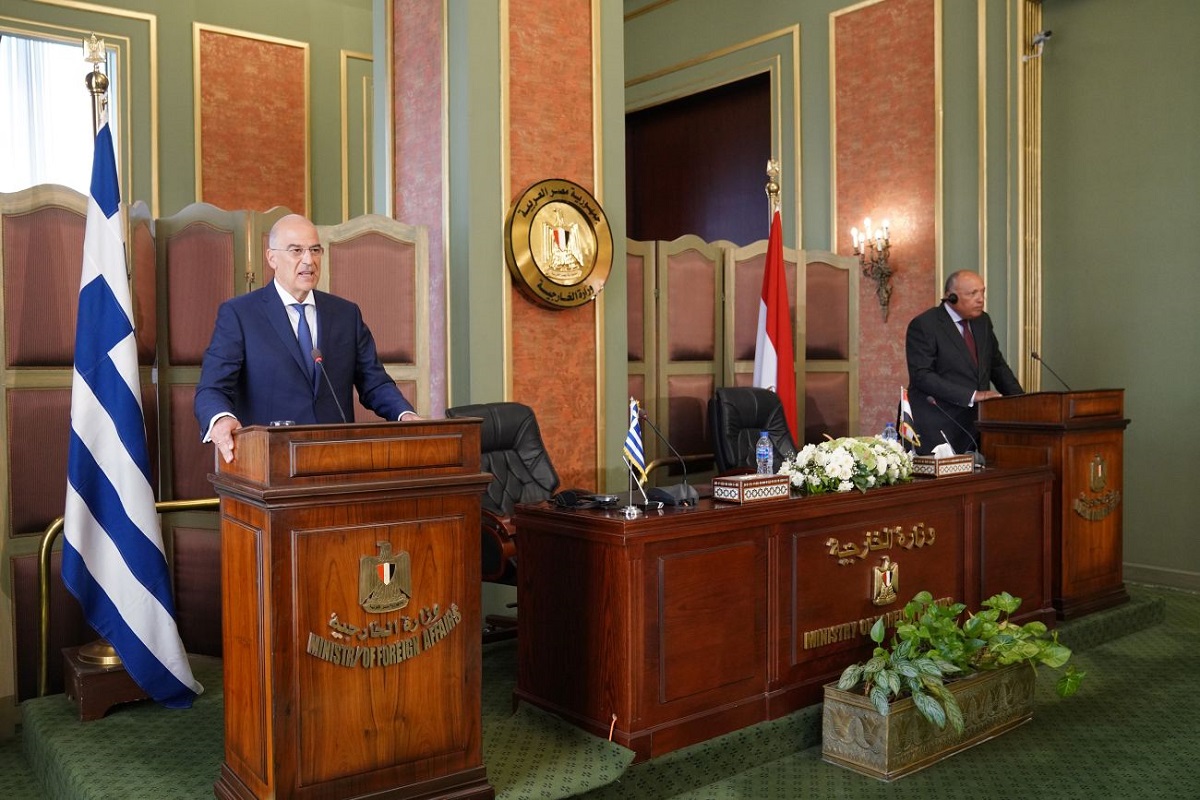 Greece and Egypt entered on Thursday a maritime agreement that defines the exclusive economic zones (EEZ) in the Eastern Mediterranean between the two countries allowing them to explore and exploit among others the oil and gas reserves in the given areas.

Greek Prime Minister Kyriakos Mitsotakis welcomed the announcement adding that the agreement had recognized the Greek islands’ lawful rights to all maritime zones and “creates a new reality in the Eastern Mediterranean restoring legality in the region, a legality that the illegal and groundless Turkey-Libya memorandum sought to challenge,” Mitsotakis said from the Dodecanese island of Halki.

On his part, Egypt’s Shoukry said it “allows both countries to move forward in maximizing the utilization of the resources available in the exclusive economic zone, especially promising oil and gas reserves”. 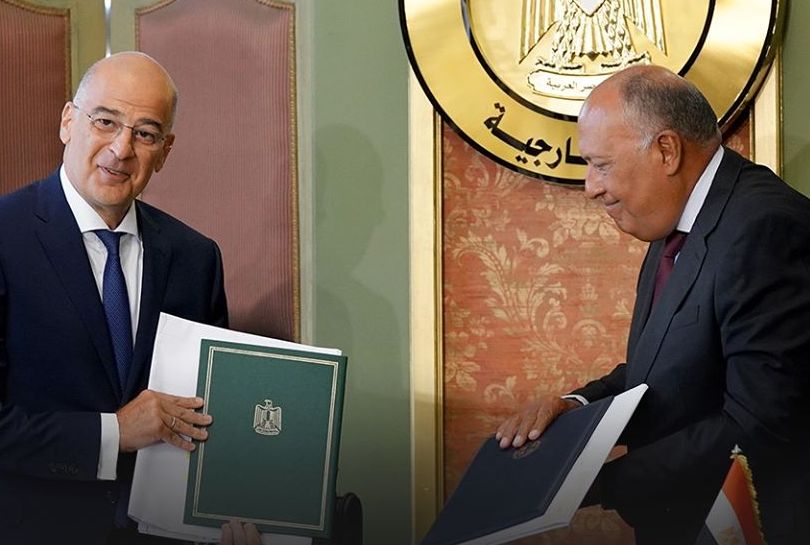 The announcement sparked an angered response from the Turkish foreign ministry which said the agreement between Greece and Egypt was “null and void”, adding that there is no mutual sea border between Egypt and Greece. Libya also condemned the deal. “Libya will not allow violations of its maritime rights,” foreign ministry spokesman Mohammed Al-Qablawi said on twitter.

Both Greece and Egypt are at loggerheads with Turkey after it went ahead and signed a maritime delimitation agreement with Libya’s Tripoli-based Government of National Accord attempting to claim a share of the offshore reserves in the Eastern Mediterranean.

Egypt and Greece condemned the deal as “illegal” and a violation of international law.

Greek Shipping Minister Yiannis Plakiotakis described the demarcation of the EEZ between Greece and Egypt as a “historic agreement, of national and strategic importance”, adding that it “annuls in practice the Turkish-Libyan memorandum and secures the legal rights of our country”. 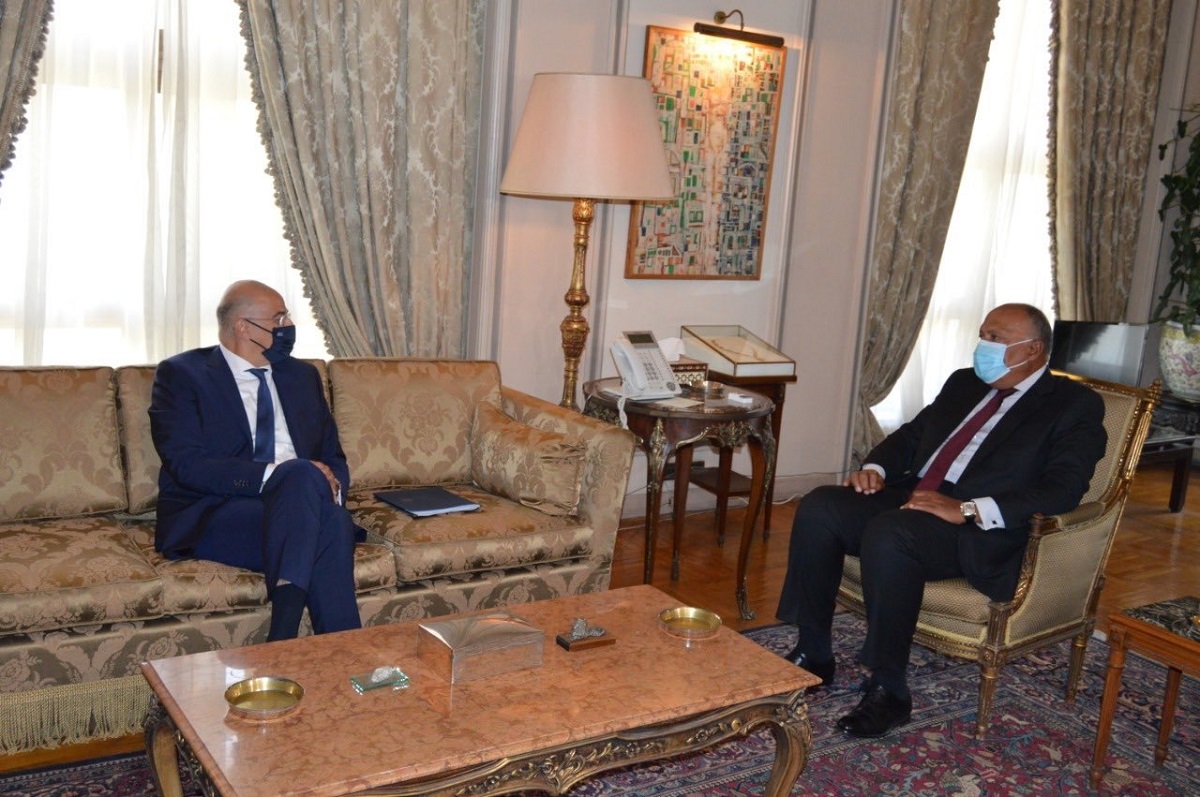 Exacerbating the tensions between Athens and Ankara was Turkey’s decision to launch gas exploration in the Eastern Mediterranean off the coast of Cyprus; its groundless claims over mineral rights in the Aegean Sea; as well as its recent internationally-condemned decision to convert the church and museum of Hagia Sophia – an UNESCO World Heritage site – into a mosque.

Egypt also reacted earlier this month to a seismic survey planned by Turkey in the Eastern Mediterranean which it said encroached on waters where Cairo claims exclusive rights.

Meanwhile, the United Arab Emirates congratulated Egypt and Greece on the signing of the agreement, which it hailed as a “victory for international law”.

“The signing of the maritime border demarcation agreement between Egypt and Greece is a victory for international law over the law of the jungle,” said UAE Minister of State for Foreign Affairs Anwar Gargash.

On its part, the US remained neutral: “The US encourages all states to resolve their maritime boundaries peacefully in accordance with international law,” US State Department spokesperson said.

The Greece-Egypt agreement comes after a maritime border deal Greece signed with Italy in June, designating an exclusive economic zone between the two countries and resolving longstanding issues over fishing rights in the Ionian Sea.