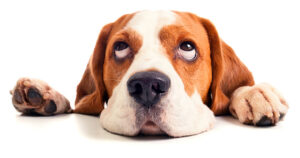 “In 1783, George Washington warned that if ‘the Freedom of Speech may be taken away,’ then ‘dumb and silent we may be led, like sheep, to the Slaughter.’ George Washington, Address to the Officers of the Army (March 15, 1783). The freedom of speech in the United States now faces one of its greatest assaults by federal government officials in the Nation’s history.”

Thus begins the complaint against half the executive branch filed today by the Attorneys General of the states of Louisiana and Missouri. Because why should Ken Paxton have all the fun, right?

If you’ll forgive my bluntness at the end of a long week, this lawsuit is so goddamn fucking stupid that I, too, would try to Friday news dump it if my name appeared anywhere near the filing. And I do mean dump, in every sense of the word.

In short, their argument is that Joe Biden, Anthony Fauci, and Jen Psaki passed Section 230 in 1996 as a means of coercing Twitter to censor COVID misinformation and Hunter Biden’s laptop in 2020.

Forgive the long block quote, but lest you think one of us is having a stroke:

The aggressive censorship that Defendants have procured constitutes government action for at least five reasons: (1) absent federal intervention, common-law and statutory doctrines, as well as voluntary conduct and natural free-market forces, would have restrained the emergence of censorship and suppression of speech of disfavored speakers, content, and viewpoint on social media; and yet (2) through Section 230 of the Communications Decency Act (CDA) and other actions, the federal government subsidized, fostered, encouraged, and empowered the creation of a small number of massive social-media companies with disproportionate ability to censor and suppress speech on the basis of speaker, content, and viewpoint; (3) such inducements as Section 230 and other legal benefits (such as the absence of antitrust enforcement) constitute an immensely valuable benefit to social-media platforms and incentive to do the bidding of federal officials; (4) federal officials—including, most notably, certain Defendants herein—have repeatedly and aggressively threatened to remove these legal benefits and impose other adverse consequences on social-media platforms if they do not aggressively censor and suppress disfavored speakers, content, and viewpoints on their platforms; and (5) Defendants herein, colluding and coordinating with each other, have also directly coordinated and colluded with social-media platforms to identify disfavored speakers, viewpoints, and content and thus have procured the actual censorship and suppression of the freedom of speech.

Section 230 of the Communications Decency Act immunizes websites for content posted by third parties. So if, say, someone tweets “Josh Hawley fornicates with goats,” Twitter isn’t liable for defamation. This may or may not be why Sen. Hawley has been agitating to repeal Section 230 for years

Without going line-by-line through all 84-pages of this insane pile of horseshit, we can spot one or two minor problems. Such as the fact that the law was passed by Congress and not the executive branch. And that only Joe Biden was in Congress in 1996, and he’s being sued in his official capacity as president. There’s also the minor matter of LINEAR TIME.

Who was president in 2020 when this supposed censorship of COVID misinformation and “the laptop from hell” was taking place? Probably the same guy who actually vetoed the defense spending bill in 2020 because Congress refused to repeal Section 230 under it.

Funnily enough, that guy has also filed some lawsuits alleging that the government violated the First Amendment by colluding with social media platforms to censor conservative content. But his theory of the case is that Adam Schiff is the one threatening to get rid of Section 230 so as to bend Facebook to his will. Which is ridiculous, but at least Rep. Schiff is part of the body which could actually repeal the law, unlike Dr. Fauci and the CDC, both of whom are named in this POS which the actual AGs from two American states just crapped out onto the federal docket.

This theory of the case has been more or less laughed out of courts, most recently by US District Judge William Alsup, who rejected COVID truther Alex Berenson’s allegation that Twitter was cahootsing with Democrats because “general cajoling from various federal officials regarding misinformation on social media platforms do not plausibly assert Twitter conspired or was otherwise a willful participant in government action.” He did, however, permit discovery on a narrow breach of contract issue.

And, lo, even as I was typing, US District Judge William Donato dismissed Trump’s suit against Twitter, because “the comments of a handful of elected officials are a far cry from a ‘rule of decision for which the State is responsible.’ Legislators are perfectly free to express opinions without being deemed the official voice of ‘the State.’”

It takes a lot to file something dumber than Trump’s tech lawsuits. But by God these AGs have left no corner of 4chan unscoured in their effort to do it.

On information and belief, Defendant Dr. Anthony Fauci, a senior federal government official, coordinating with others, orchestrated a campaign to discredit the lab-leak hypothesis in early 2020. As director of NIAID, Dr. Fauci had funded risky “gain-of-function” research at the Wuhan Institute of Virology through intermediaries such as EcoHealth Alliance, headed by Dr. Peter Daszak. Thus, if the lab-leak theory were established, Dr. Fauci and Dr. Daszak could be potentially implicated in funding the research on viruses that caused the COVID-19 pandemic and killed millions of people worldwide.

If that makes no sense at all, find your weirdest, Trumpiest neighbor, and let them explain it to you. Try eating a bucket of paint chips first, though — it goes down easier that way.

As for the “counts,” these geniuses are alleging massive if unspecified violations of the First Amendment; action in excess of statutory authority, because apparently saying that some things are “true” — like Ivermectin does not cure coronavirus — and some are “false” — Americans should not be dosing themselves with veterinary medicine — is actually censorship; and violation of the Administrative Procedures Act, although they refer to exactly zero “final agency acts.”

In short, this is a dumpster fire, wrapped in a fever dream, inside a really bad acid trip. And yet, it has washed up on the shores of US District Judge Terry A. Doughty, the Trump appointee who enjoined the federal vaccine mandate for health care workers citing a bunch of COVID misinformation in his opinion. And in the Fifth Circuit.