Two former New York City correction commissioners say placing the Rikers Island jail under federal receivership is the only way to fix one of the nation’s most notorious and deadly detention facilities.

“What many of you heard about the awful conditions [at Rikers] is, by and large, true and accurate,” Vincent Schiraldi, who was the city’s correction chief until last December, said Thursday.

“The chaos and violence” has gotten so bad that only a federal receivership “could help resolve this crisis,” added Schiraldi, who has returned to his former position as head of Columbia University’s Justice Lab.

“Receivers can cut through red tape because the requirement to run a constitutional jail can trump a (union) contract or state or local law.”

He was joined by Michael Jacobson, who served as correction commissioner under former Mayor Rudy Giuliani in the 1990s.

Calling current conditions at Rikers “outrageous,” Jacobson said violence has returned to levels not seen since he was in charge—not because of the lapses of any individual commissioner or mayor, but because of “structural” dysfunction.

In 2021, for example some 420 shootings and stabbings were recorded at the facility, which houses 5,500 individuals, most of whom are awaiting trial. That represents a nearly four-fold increase over 2020—and reflects the fact that hundreds of prison staff regularly call in sick, many in tacit protest against the poor conditions.

With few officers on duty, detainees arm themselves with “hand-made shanks” to protect themselves, creating a situation in which “every unwanted bump can turn into a knife fight,” said Schiraldi.

At the same time about two-thirds of Rikers detainees are left in custody, awaiting trial, for two years or more because of overcrowded court dockets, adding to the tensions that fuel violence.

Under a federal receiver, “the organizational culture” can change, said Jacobson, who is now executive director of the CUNY Institute for State and Local Governance.

Both men spoke at a webinar organized by Vital City, a new magazine devoted to urban reform.

Reformers vs the Mayor

The event was the latest step in a campaign that is pitting some of the city’s leading justice reformers against the city’s new mayor, Eric Adams, who is opposed to a federal receivership, as well as other measures favored by advocates such as bail reform and reducing the police budget. 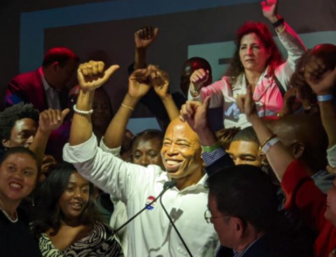 Also lined up against the reformers are the current correction commissioner, Louis A. Molina, who replaced Schiraldi, and the leaders of the city’s powerful correction officers’ union.

Federal receiverships, which effectively take a city or county jail system out of the control of the mayor and city council and put it in the hands of a federally appointed manager, are considered a drastic last-resort—and they can last for years.

In Illinois’ Cook County, where Chicago is located, the juvenile detention system was placed under a receivership in 2007 for nearly seven years.

Some of the participants in the Cook County receivership, invited by webinar organizers to describe the experience, said there was little alternative at the time.

“The (youth facilities) were chronically dangerous, chronically overcrowded,” recalled Ben Wolf, former legal director of the ACLU of Illinois. “There were fights, abuses by staff and awful conditions—some young people reported bugs crawling on them at night.”

Although the juvenile system is far from problem-free, conditions there have significantly improved, the webinar was told. Recidivism has been reduced, for example, by 22 percent.

The lessons of Chicago and other jurisdictions take on special resonance in New York, where City Council has approved a plan to replace the Rikers jail in the next decade with five separate facilities located in each of the city’s boroughs.

Stan Richards, who served briefly under Schiraldi as deputy correction commissioner and was himself once incarcerated at Rikers, said the prospect of having five mini-jails inheriting the same “cultural” and organizational dysfunction as Rikers was worrying. 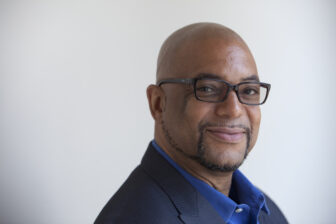 “If we don’t make the fundamental changes we need now, that’s exactly what’s going to happen,” he said.

Zachary Carter, former NYC Corporation Council and former US Attorney for New York’s Eastern District, said a receivership was the only way to establish a counterweight to union influence in the correction system.

“This is a union town, and mayors in New York have to be supportive of municipal unions, but there needs to be a countervailing force,” he said.

A competent federal receiver can take the burden from a mayor who is otherwise buffeted by interest groups in the system, even including his own officials.

He or she should be able to say “lose my telephone number” to the correction commissioner, Carter joked.

Rikers is currently under the oversight of a federal court-appointed monitor since 2015.  But a succession of reports by the monitor have documented little change in conditions, and underlined the monitor’s inability to make headway against an institutional culture resistant to change.

Unlike a federal administrator, a monitor must appeal for relief from a court if there is noncompliance with his orders, and has little leeway in efforts to overturn bargaining or contractual terms on overtime or sick leave negotiated by the city’s powerful corrections union.

However, Mayor Eric Adams has so far made clear he is adamantly against federal receivership, claiming it would open the door to further federal intrusion into city affairs.

To avert the threat of a federal takeover, Adams recently appointed a “blue-ribbon commission” which he said will have a stronger mandate to impose changes.

“This interagency task force puts the full weight of city government behind fully and immediately addressing these challenges,” Adams pledged.

Stephen Handelman is executive editor of The Crime Report.