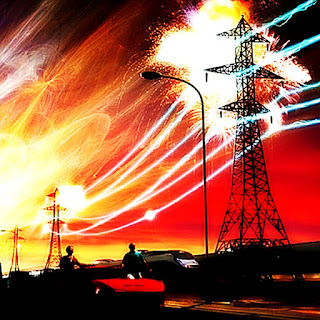 Nine months into the war between Russia and Ukraine, and to say it has been topsy turvy would be an understatement. Russia began the attack on Ukraine with a five-pronged assault, which was clearly aimed at forcing the Ukrainian government into a quick capitulation on Russian terms. However, Russia picked the wrong time of the year to go on the offensive which, when combined with western anti-armor missiles and satellite intelligence proved to be the impediments to Russia’s victory.

Russia’s war on Ukraine has been akin to “what not to do” when invading a foreign country. A very crucial mistake by the Russian military was forgoing an air campaign against Ukraine’s air force, air defence units and critical infrastructure like the bridges over the Dnieper River. The winter weather in February meant   Russian armor and mechanized infantry, along with truck-borne supply lines, were road-bound and sitting ducks for Ukraine’s newly acquired shoulder-fired anti-armor missiles.

Things quickly bogged down, and in short order Russia was having to conduct fighting withdrawals around Kiev, Sumy, Kharkov and areas. The undermanned gamble turned into the undermanned being exposed. New lines of defence were shortened to give out numbered Russian troops a fighting chance at holding what they had left. Unfortunately, even that was too much ground for them to defend, and subsequent withdrawals were needed in Kherson and Kharkiv. Essentially, this was a military disaster born of political strategy rather than sound military strategy. It has all the hall marks of Russian President Putin’s thinking at the time – treat Ukraine nicely as they are brother Slavs and brotherly nations. So much for brotherly love.

That brings us too today. Having crossed the Dnieper River, and feeling safe there, Russians have dug in to defend their land bridge to Crimea. On the Donetsk/Lugansk fronts the Russians and Ukrainians are trading moistly fruitless attacks all along the front. Ukraine appears to be transferring freed up units from the Kherson front to the Zaporozhye front. It appears they are preparing an assault aimed at taking back Melitopol and Mariupol, thus severing Russia’s land bridge to Crimea, and gaining their access back to the Azoz Sea. It is a tall order, especially as winter begins to set in, but being audacious hasn’t tied the hands of Ukrainian commanders so far.

The Russians, for their part, seem to be considering doing what they ought to have done in the first place – an air campaign. The “Coalition of the Willing” bombed Iraq for 30 days before sending a single unit into the fray. Now Russia is doing the same in retrospect – having already suffered the losses which an air campaign is meant to avoid. The interesting part of Russia’s strategy has been targeting Ukraine’s electrical system. As of this date, the Ukrainian government claims 50% of its electrical systems have been destroyed. Replacement parts to rebuild these systems can take up to ten months to manufacture. It’s a recipe for disaster for Ukraine.

Every person that lives in a country with harsh winter understands that without energy you cannot sustain life. It doesn’t end there. Ukraine can evacuate its population to Europe, but what it can’t do is save its infrastructure. Namely, without heat all the plumbing, water and sewer, will freeze solid over the winter. Homes will be ruined, businesses will be destroyed, water and sewer plants will be left useless, and Ukraine will become a ghost land. What the Russian missile campaign has managed to do is roughly the equivalent of an EMP strike without the nuclear detonation. If Russia continues its campaign to completely destroy Ukraine’s power system, and in the process destroys the infrastructure necessary for modern life, then the result is the country of Ukraine is a vast, vacant land with no ability to reconstitute itself without Russia.

Furthermore, the tens of millions of Ukrainians that will have no choice but to evacuate Ukraine will flood Europe, which is already desperately rationing power for its own citizens, resulting in an economic shock to Europe and possibly the world. The effect on the battlefield will be just as devastating. Troops will lack the basics to heat and feed themselves. Supply lines for just the basics will stretch across Ukraine and into Europe – a recipe for disaster. Many people in the general public do not understand just how close to the abyss Ukraine is right now. Not unlike Russia in the early days of the conflict, people see Ukraine as walking over the Russians. However, not unlike Russia in the early days of the war, Ukraine is becoming overstretched given the collapse of its infrastructure and the march of “General Winter”.

A number of sources have been suggesting that Russia has given Ukraine an ultimatum: Get to the negotiation table by the end of November or have the last of your electrical infrastructure destroyed. Effectively, get to the negotiation table or have your country sent back to stone ages. A daunting choice indeed. Ukraine has apparently responded to this strategy with a kamikaze-like strategy of its own – missile strikes on the Russian controlled nuclear plant at Zaporozhye which, if the plant is damaged, would have the effect of a nuclear strike with deadly radiation spreading over the region – including Russia. When it gets down to it, both countries are upping the ante to a nuclear war without the nukes. This is where it’s at with nine days left in November as Ukraine begins to slowly freeze over.