Alexis Perez, the Puerto Rican businessman who was recently held at the Beef Island airport with $39,800 cash stashed in his personal belongings, has claimed that he has not taken a bath, brushed his teeth, changed clothes or spoken to his family in six days.

Perez appeared before the Magistrate’s Court on Wednesday afternoon and informed Senior Magistrate Tamia Richards via an interpreter that he was also suffering from diabetes and hypertension and has been unable to source medication for his sickness.

In response, the Senior Magistrate said even though the accused man is in custody of local law enforcement, his basic human rights must be upheld.

Magistrate Richards then questioned the Crown about the Spanish-speaking man’s claims.

An attorney in the office of the Department of Public Prosecutions replied that while she could neither confirm nor deny the claims, information from a senior police officer is that the accused man’s luggage containing his clothes and other belongings are at the Road Town Police Station (RTPS).

The prosecutor further said he was told by the senior officer that police were made aware of his medical condition.

As it relates to making a phone call — which is his right — the Crown Counsel said Perez had refused to give his cellphone password to the police, who were willing to facilitate him. She, however, claimed that Perez had tried to reset the phone to factory settings when he was handed his phone.

The cellular phone was subsequently taken from him because it was believed that there were certain things on the device that could be relevant to his case. The Crown, however, admitted to the court that the RTPS had a landline device.

In relation to the other claims, the Crown counsel said the custodians at the RTPS are the ones who should be allowed to answer the questions, but they were not present in court.

Magistrate Richards said if Perez’s claims are proven to be a fact, this could result in a lawsuit against the territory.

Before Perez was returned to Her Majesty’s Prison in Balsam Ghut, the magistrate said it is her hope that he is granted all that he requires including a ‘long warm shower’ and lots of toothpaste.

She then chastised the RVIPF for their alleged maltreatment of the accused Puerto Rican.

Copyright 2022 BVI News, Media Expressions Limited. All Rights Reserved. This material may not be published, broadcast, rewritten or distributed. 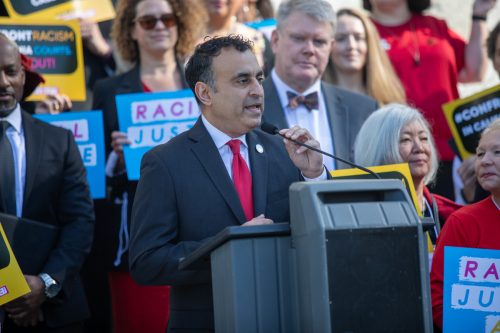