By Chad Reese
Institute for Justice

The latest news about government abuse can make state and local lawmakers feel powerless to act to protect their constituents. Those in power might be horrified to read about school officials strip-searching 13-year-old Savana Redding, only to have those same officials shielded from accountability by arcane legal doctrines. As with well-documented instances of law enforcement officers guilty of tragic misconduct, the school employees were granted qualified immunity when the student’s mother attempted to sue, preventing Savana and her family from seeking justice and further weakening trust between our public servants and the individuals they’re charged to protect.

Those same lawmakers might, understandably, feel unable to change much without the willingness of Congress or the Supreme Court to act on this federal doctrine, enshrined in the Supreme Court’s 1982 Harlow v. Fitzgerald decision. 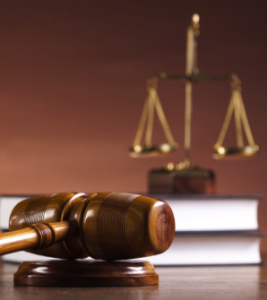 The good news for lawmakers, however, is that states, and even municipalities, can make a real difference and protect their constituents from abuses of power without waiting for the federal government to act.

The key to getting more states on board is finding the right legislative solution that addresses the concerns of those who still defend parts of qualified immunity while providing real, meaningful relief to victims of constitutional rights violations and holding perpetrators of those violations accountable for their actions.

In response, the Institute for Justice (IJ) has created model legislation that can be easily adapted by states and municipalities to meet their specific needs. The legislation, the Protecting Everyone’s Constitutional Rights Act (PECRA), gets rid of immunity barriers at the state level, while not holding individual offenders personally financially liable — a fierce point of contention among current reform efforts that this model resolves.

Qualified immunity, which shields all government workers from civil lawsuits arising from constitutional rights violations, became a central pillar of protests calling for greater police and government worker accountability in 2020. Since then, despite majority support for ending the doctrine and multiple campaigns calling on policymakers to act, both Congress and the Supreme Court remain reluctant to do so.

After nearly a year of Congressional debate, major legislative efforts to end qualified immunity were eventually abandoned after passing the House but failing to advance in the Senate. At the same time, seemingly clear-cut opportunities to overturn wrongfully granted qualified immunity, like a Denver man whose First Amendment right to film police was violated despite official policy that trained local law enforcement to respect the “right to record them performing their official duties in public spaces,” were rejected by the Supreme Court without dissent.

While Congress’ failure to act might be attributed to the complexity of passing a large, multifaceted police reform bill, a much more targeted bill introduced by Representative Ayanna Pressley and Senators Ed Markey and Elizabeth Warren in March also has stalled.

In the absence of federal action to end qualified immunity, however, states and municipalities have begun asserting their authority to hold government officials accountable, largely by creating new paths for civil lawsuits when those officials violate civil rights enshrined in either the federal or state constitutions.

But many state legislators remain hesitant to enact real reform without clear grass-roots support for change, which is why the Institute for Justice, a public interest law firm and advocacy organization dedicated to ensuring that government officials are held accountable for constitutional rights violations, has launched Americans Against Qualified Immunity (AAQI). The grass-roots advocacy campaign tells the story of qualified immunity in America, by sharing stories of its victims while serving as a rallying point for Americans from all walks of life ready to end qualified immunity.

That grass-roots support is essential to demonstrate to policymakers at the state and local level that their constituents are desperate for the accountability necessary to restore trust between government officials and the communities they serve.

Evan Douglas, a former law enforcement officer and advocate for ending qualified immunity, puts it this way: “I took an oath to protect and serve my community, and part of doing so is listening to my constituents and advocating on their behalf. Ending qualified immunity is the best path forward for both law enforcement and the public; doing so will allow judges to hear the most-grievous cases without endangering police officers.”

The call to end qualified immunity from a former law enforcement official may come as a surprise to some who see the issue as hostile to policing, but opposition to the doctrine is often strongest from those who have seen what it does to the profession firsthand.

The Law Enforcement Action Partnership famously presented a letter to Congress on behalf of dozens of leaders in the law enforcement community, calling for “restore[d] accountability to those of us charged with upholding the law and protecting [their] communities.”

In 2020, when Ronald Davis, chair of the Legislative Committee for the National Organization of Black Law Enforcement Executives, testified before Congress, he asked that legislators “end the qualified immunity doctrine which prevents police from being held legally accountable when they break the law.”

AAQI itself is proud to include even more voices from the law enforcement community speaking up on the issue — voices like Captain Sonia Pruitt from Maryland, who shared, “After 28 years in policing, I can attest to the damage that this doctrine does to the public and the public trust,” or retired officer Terry Blevins, who adds, “As a former officer, I know that qualified immunity provides unfair protection for officials who need to be accountable.” 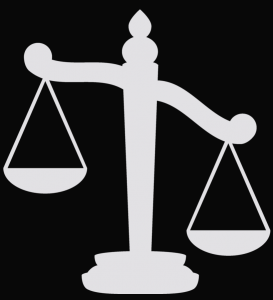 Luckily, these and other voices are reaching policymakers at the state and local level.

As the first state to pass a law ending qualified immunity, Colorado demonstrated that it was possible to move the ball forward without waiting for either the Supreme Court or Congress to reopen federal courthouse doors for victims of rights abuses.

In June 2020, Colorado’s governor signed into law the Enhance Law Enforcement Integrity Act, creating a new form of civil action (a way to file a lawsuit) that lets Colorado residents whose rights were violated sue officers in state court, and denies officers the ability to use any immunity as a defense in those cases.

By passing a state law that lets victims seek damages in state court, Colorado created a new route to justice for anyone who might otherwise be blocked by qualified immunity when trying to sue an officer in federal court under Section 1983. That’s important, because Section 1983 is shorthand for the primary federal civil rights statute, also known as the Ku Klux Klan Act of 1871, under which plaintiffs can file constitutional claims against government officials.

In 2021, New Mexico joined the growing list of reform-minded states by creating their own path to civil rights lawsuits in state court with the passage of the New Mexico Civil Rights Act. New Mexico’s reform efforts highlighted the bipartisan and cross-ideological nature of the coalitions pushing to end qualified immunity. The civil rights law was supported by the Institute for Justice, the Innocence Project, the National Police Accountability Project, and local ACLU and Americans for Prosperity organizations.

New York City’s efforts proved not only that ending qualified immunity at the municipal level was possible in the absence of state action on the issue, but also that government officials can and will change their behavior once told that their actions will have consequences. Not long after New York City’s reforms, the “world’s largest municipal police union, the Police Benevolent Association (PBA), quietly admitted to its members [in April 2020] what civil rights advocates have long argued: Getting rid of qualified immunity will encourage government officials to obey the law.”

Their memo “strongly caution(s)” police officers to limit their searches of individuals or private property to cases where the officer is “clearly and unequivocally within the bounds of the law.”

To maintain the positive momentum toward reforms, more lawmakers can and should explore ways to make PECRA work for their state.

PECRA provides a way to open state courthouse doors for those seeking justice when their rights are violated and will instill needed and demanded accountability in government officials.

To ensure that victims are made whole, it creates a new “cause of action” (or ability to sue) in state courts for violations, whether they’re from a state’s constitution or the Constitution of the United States. By holding state and local governments financially responsible for the behavior of their employees — PECRA does not hold the individual offender financially responsible — hiring, firing and training practices can finally focus on retaining government officials who respect constitutional rights.

Holding the agency, municipality or state financially responsible instead of the individual officer or government worker does two things: first, it rightly places the burden of staffing vital government positions with workers who take constitutional rights seriously, and are committed to respecting them as they execute the duties of their office. And second, it answers the criticism that individual government officials may fail to do their jobs to the best of their ability if they fear they may be personally bankrupted by an honest mistake, a criticism, while not supported by the evidence, that has been a death blow to other attempts to end qualified immunity at the state level.

To hold individual government officials accountable, PECRA also facilitates state and local governments to fire officials found liable under the legislation. That matters, because removing those who violate constitutional rights from their position is the easiest way to prevent them from violating the rights of others and a way to incentivize other officials to behave responsibly.

Despite plenty of myths to the contrary, nothing about this approach should hamper the ability of government officials to serve and protect their communities. Individual law enforcement officers who make an honest mistake still enjoy the protections from the Graham v. Connor holding that instructs courts to take the perspective “of a reasonable officer on the scene, rather than with the 20/20 vision of hindsight,” and allows for “the fact that police officers are often forced to make split-second judgments — in circumstances that are tense, uncertain and rapidly evolving — about the amount of force that is necessary in a particular situation.”

Moreover, holding government employers financially liable both provides some assurance that victims will be able to sue for damages, which is the only relief available in these circumstances, and assuages those who worry that the lack of immunity barriers to accountability leaves individual officers too exposed. In fact, this is already how state and local governments handle judgments against individuals now, and the most definitive study on the issue found that 99.8 percent of all the money awarded to plaintiffs in cases like these are paid not by individuals, but by their employers.

We know that qualified immunity is an unjust, judge-made doctrine that has mostly closed the courthouse doors to victims for far too long.

We know that the primary arguments in favor of keeping qualified immunity are easily disproven by the actual data and responses of government officials when that immunity is revoked.

And we know, through model legislation like PECRA, how states and municipalities can lead the fight for justice and accountability.

The biggest challenge remaining is to ensure that the energy and commitment behind the movement to end qualified immunity remains vibrant. Efforts like AAQI, which highlight how everyday Americans from all walks of life are united in support of justice, are the final piece to the puzzle to convince lawmakers to do the right thing.

Chad Reese is the assistant director of activism at the Institute for Justice. This story orginally appeared at Governing.com