If the rulings are upheld after expected appeals to the state Supreme Court and if enough qualifying signatures are certified by the Secretary of State in the coming weeks, both will appear on Arizona’s November ballot.

Opponents of both measures argued the 100-word summary that people who signed petitions were shown misrepresented the proposals.

Opponents of the marijuana legalization effort said its summary failed to outline a host of changes the initiative would make, including that its new 16% excise tax on marijuana sales could not be raised, that it changes the law on marijuana DUI offenses and cuts penalties for underage marijuana possession.

But Superior Court Judge James D. Smith wrote that the principal provisions of the Smart and Safe Arizona Act were included in the summary while noting that lawyers for legalization foes took 25 pages to describe provisions they said should have been included.

“Addressing legalizing a previously illegal substance must account for laws touching many parts of life,” Smith wrote. “But if everything in an initiative is a principal provision, then nothing is.”

The second initiative, called the Second Chances, Rehabilitation and Public Safety Act, is backed by a Quaker religious group and other prison reform advocates. It would implement a series of reforms, including ending many mandatory sentences for “non-dangerous” crimes and boosting early release credits.

Pima County Attorney Barbara LaWall and several other Arizona voters sued last month, alleging the 100-word summary misled signers about crimes that would be affected and other provisions. They said some crimes commonly considered “dangerous” would see reduced sentences and that the summary omitted some key provisions.

Superior Court Judge Joseph Mikitish rejected them all, saying the summary accurately described the principal provisions of the initiative. He also wrote that anyone asked to sign could review the entire initiative if they wanted because it is attached to the petition sheets, and that initiative proponents don’t need to write an impartial summary, just an accurate one.

“A reasonable voter is likely to understand that every proponent of a ballot initiative is attempting to gain his or her support and is likely to highlight the positive aspects of the proposal,” Mikitish wrote of the main claim about the “non-dangerous” crime definition. “Like in any market, a certain amount of puffery must be expected.”

The solution for opponents who are worried that voters may not understand the full impact of the initiative, Mikitish wrote, is “more speech” — in other words, campaigning against the initiative.

If certified for the ballot and approved by voters in November, the initiative would cut sentences for people convicted of non-dangerous offenses by 15% to 50% by allowing inmates to earn release credits. It also would remove mandatory sentencing for non-dangerous criminals, bar people from being sentenced as repeat offenders if they commit multiple crimes in one series, and allow some people currently incarcerated to apply for re-sentencing.

The Legislature has rejected many of the proposals in recent years.

The previous week, another judge blocked an initiative that would have raised taxes on the wealthy in Arizona to help boost education funding from the ballot. Judge Christopher Coury agreed with opponents that the 100-word summary on petitions that more than 400,000 voters signed to qualify it for the ballot was incomplete.

The ruling was a huge blow to proponents of the Invest in Education Act, who saw it as a way to pump about $940 million a year into the state’s underfunded school system. The initiative backed by many educators and the state teachers union would have imposed a 3.5% tax surcharge on income above $250,000 for an individual or above $500,000 for couples.

Backers have appealed to the Supreme Court, which will decide the case on written legal arguments due by the end of the week. The court faces an Aug. 21 printing deadline for state voter publicity pamphlets.

The fourth initiative proposed for the November ballot also faces challenges to its summary, and a judge began a five-day trial Friday to determine if there is evidence to keep it off the ballot.

The Stop Surprise Billing and Protect Patients Act is backed by labor unions. It would bar insurers from charging people more if they have a preexisting condition, ban higher charges if a patient uses an out-of-network provider, raise wages for health care providers, and set minimum infection control standards at hospitals.

The Taxation Processes in Banking Transactions 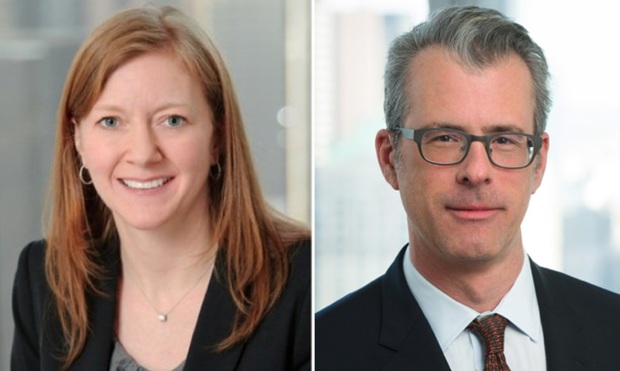 A Conversation with Dr. Emily Wang and Professor Tracey Meares